An article published on a website called inventiva.co.in claiming Prime Minister Narendra Modi is likely to announce Emergency in India under Article 360 — Financial Emergency — is being circulated heavily on social media platforms.

The article published on March 23, 2020, is titled ‘Narendra Modi Likely To Declare A Emergency In India Under Article 360’. 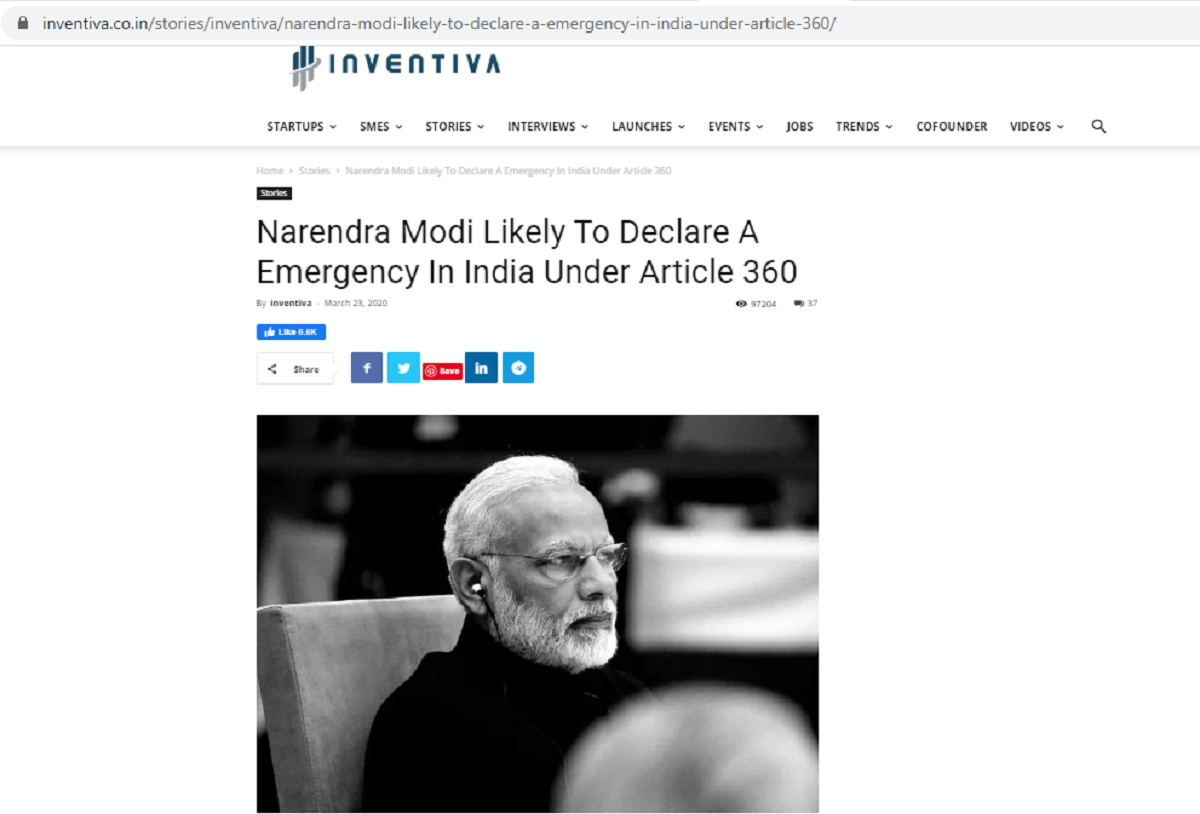 The article that begins by explaining what Article 360 is, ends by saying, “If no steps would be of any help to control the economy, Narendra Modi would have no option but to impose the financial emergency in India under Article 360 and the country would go in its worst and most dreaded recession of all times.”

PM Modi had tweeted earlier today that he will address the nation at 8 PM today ‘on vital aspects relating to the menace of COVID-19.’

The article is being circulated even more on social media platforms since PM Modi announced he’d address the nation this evening.

No, PM Modi is not going to declare Financial Emergency in India under Article 360.

Times Fact Check reached out to top government sources who unequivocally denied the claim made in the article and called it ‘fake’.

Fish and vegetable traders appeal for financial aid
Coronavirus latest: India to impose lockdown on nation of 1.4bn
To Top