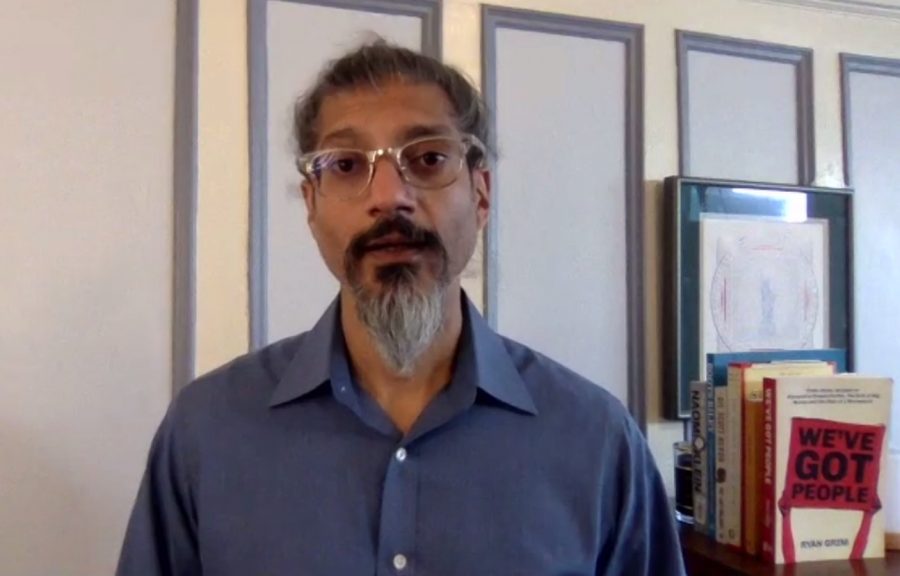 After gathering over 12 percent of the vote, Buttar is the first Democrat to challenge Speaker of the House Nancy Pelosi.

If Buttar were to win this November it would be, in his words, “the greatest political upset in US history.”

“I am David confronting Goliath,” Buttar said. “I am an immigrant with no property. My family is in the United States because we fled religious persecution and the international impacts of our military industrial complex, and I am a canary in our constitutional coal mine.”

In California, the two congressional candidates with the most votes in the primary round move on to the November election, regardless of party affiliation. After gathering over 12 percent of the vote, Buttar is the first Democrat in 30 years to challenge Pelosi on the November ballot.

As the final speaker of Northwestern University College Democrats May Speaker Series, Buttar advocated for free public college, universal health care and an end to “centrists who call themselves progressive while voting like conservatives.” He said Pelosi falls into that category.

Buttar also spoke about the need to stay true to the Democratic platform, adding that in Washington the word “bipartisanship” is really a “code word for corporate.”

“Whoever is in the White House, be it (President Donald Trump) or (former Vice President Joe Biden), I’m going to be fighting them from the left,” Buttar said.

Still, even though he said he will not be voting for Biden this fall, Buttar encouraged other Democrats living in swing states to “swallow your pride and principles” to vote out President Trump.

“(Biden) put millions of Americans in prison, and Clarence Thomas on the Supreme Court, and sent tens of thousands of US soldiers into war zones that left hundreds of thousands, if not millions, of people dead,” Buttar said. “No, I’m not going to vote for that. I’m sorry.”

Buttar, a Stanford Law graduate with a background in community organizing, said Pelosi has long fought for Republican interests.

According to Buttar, Pelosi has supported pro-life incumbent Democrats like Texas Rep. Henry Cuellar (D-Laredo) against pro-choice Democratic challengers, something Buttar said is “not acceptable at all.”

Weinberg first-year Maryarita Kobotis, the director of communications and public relations for NUCD, said she appreciated Buttar’s willingness to go after members of his own party.

“He was so refreshing,” Kobotis said. “Everything he said was amazing, especially how candid he was about the Biden campaign and the establishment on both sides. I feel like a lot of other Democratic candidates are just very willing to go along with the party.”

Kobotis added that listening to Buttar was so inspiring that it made her want to move to California and vote for him.

Buttar, who took night classes at Northwestern in the 1990s while working to complete his bachelor’s degree, also stressed the need for universal health care, especially in the time of a pandemic. He proposed paying for such a program by decreasing military spending.

Jerry Zhang, a Weinberg first-year and NUCD’s director of events, said if he had the opportunity, he would also vote for Buttar over Pelosi.

“One of the most compelling things he talked about is Pelosi supporting anti-choice incumbents and that her whole brand is couched in progressive language,” Zhang said. “She hasn’t really done much to back that up and I think that that needs to change.”

GUNTER: Liberals shoot themselves in the foot

Will Democrats Stop The Feds From Spying On Your Internet Searches Without A Warrant?
Across the wide, growing American divide – Opinion – Booneville Democrat
To Top