Reacting to the announcement, Minister of Foreign Affairs Joseph Wu (吳釗燮) yesterday told a meeting of the Legislative Yuan’s Foreign Affairs and National Defense Committee that the ministry applauded the US move, which would help to uphold the Taiwan Relations Act (TRA).

The TRA states that the US should “provide Taiwan with arms of a defensive character … to maintain the capacity of the US to resist any resort to force or other forms of coercion that would jeopardize the security, or the social or economic system, of the people on Taiwan.” 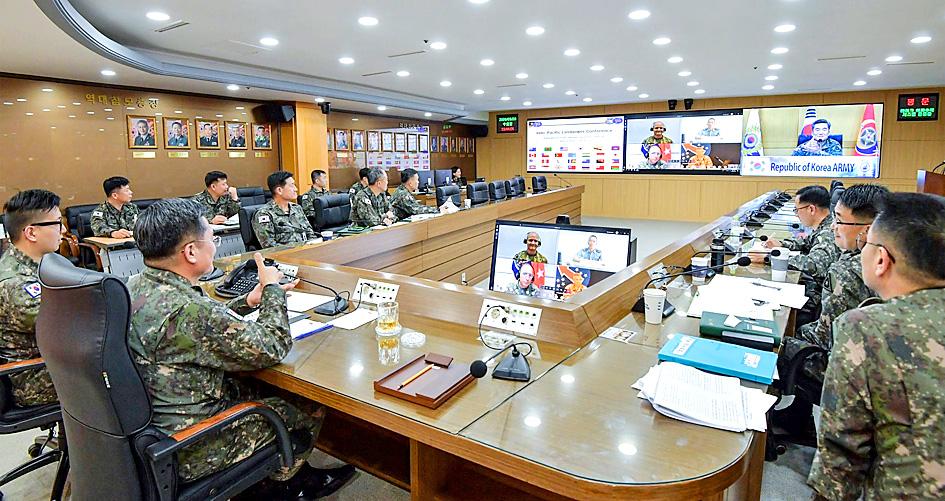 The possible sale — which includes 18 MK-48s, spare parts, logistics support, training and manuals — was valued at US$180 million and is pending review by the US Congress.

Deputy Minister of National Defense Chang Che-ping (張哲平) said in an interview at the Legislative Yuan that the sale, if approved, would help strengthen the nation’s defensive capabilities and maintain peace in the region.

However, in Beijing, Chinese Ministry of Foreign Affairs spokesman Zhao Lijian (趙立堅) yesterday said that China is “staunchly against” US arm sales to Taiwan, reminding the US to observe the “one China” principle and to respect the three US-China communiques on the issue.

China’s state-run Global Times said that Beijing should “zero Taiwan’s diplomatic relations,” as the basis of regular US-China interaction over the “Taiwan issue” had been undermined and Beijing should pursue its goals in its own fashion.

The Ministry of Foreign Affairs in Taipei declined to comment on the article.

In related news, the military on Wednesday and yesterday participated in the US-led Indo-Pacific Landpower Conference, which was held by videoconference.

Footage released by the South Korean Army showed that the Republic of China national flag had been included alongside those of the other 26 participating nations.

Meanwhile, responding to DPP Legislator Chao Tian-lin’s (趙天麟) query about a possible visit by a delegation headed by Czech Senate President Milos Vystrcil, Wu said that the the government would welcome such a visit.

The foreign ministry would make the necessary preparations once the global COVID-19 pandemic has been brought under control, he said.

Comments will be moderated. Keep comments relevant to the article. Remarks containing abusive and obscene language, personal attacks of any kind or promotion will be removed and the user banned. Final decision will be at the discretion of the Taipei Times.

House Dems clash over DCCC’s refusal to back a Latina in Texas primary
Will Democrats Stop The Feds From Spying On Your Internet Searches Without A Warrant?
To Top